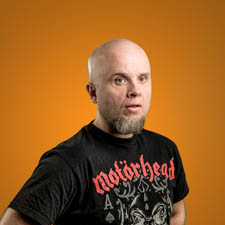 I’ve been developing with React a couple of years now. Like real projects, for a customer, and someone has been paying me to do it. But I remember when framework wars were really just starting to really escalate, we were wondering what to use in out forthcoming project in my workplace at the time. We ended up choosing AngularJS. React was also on the table. Pretty soon after we had started the project, Google announced the faith of AngularJS. So yeeeah.

And now, at the beginning of this year, I’m working with Angular again. But I’m not going to forget React. Not at all. I’ll use it in my side projects. Every developer needs side projects. They go on and on and on. Forever. But hey, it is the journey that… never mind. I’ve heard that some people even finish and publish them.

Anyway, I was delighted to notice from my twitterverse that there would be a React conference in Finland. I immediately purchased an early bird ticket when they became available. Thanks to my employer Bitfactor for kindly covering the costs. So here are some picks from the conference (I did not attend the workshops on the zeroeth day).

Day 1: There will always be a revolution.

Jani Eväkallio is a non-typical presenter for a Finn. The guy is funny, a smooth talker and has great insights about React. He talked about why React is so popular now and more important, probably even after five years from now. Which is like a jurassic time period for web development. React started as breaking the dominating best practices, and become a great way to easily develop components for web, among other cool things.

Talk about shifting best practices. After all this single page applications mania, which is now the hottest shit. Yes, good old server side rendering. Next.js to the rescue for React apps. Nice presentation by Sia Karamalegos. And to accompany that, how to use styled components with SSR. By Kasia Jastrzębska.

I suppose everybody and their mothers have already heard about GraphQL. But there is also Apollo, that can help not only to replace your rest API but also in managing your state. And I gotta say Sara Vieira is also an awesome presenter.

And hey, if you haven’t already read about React’s new context api (in version 16.3), do it now. OR YOU’RE MISSING OUT! … sorry. Just say no to catch phrases. 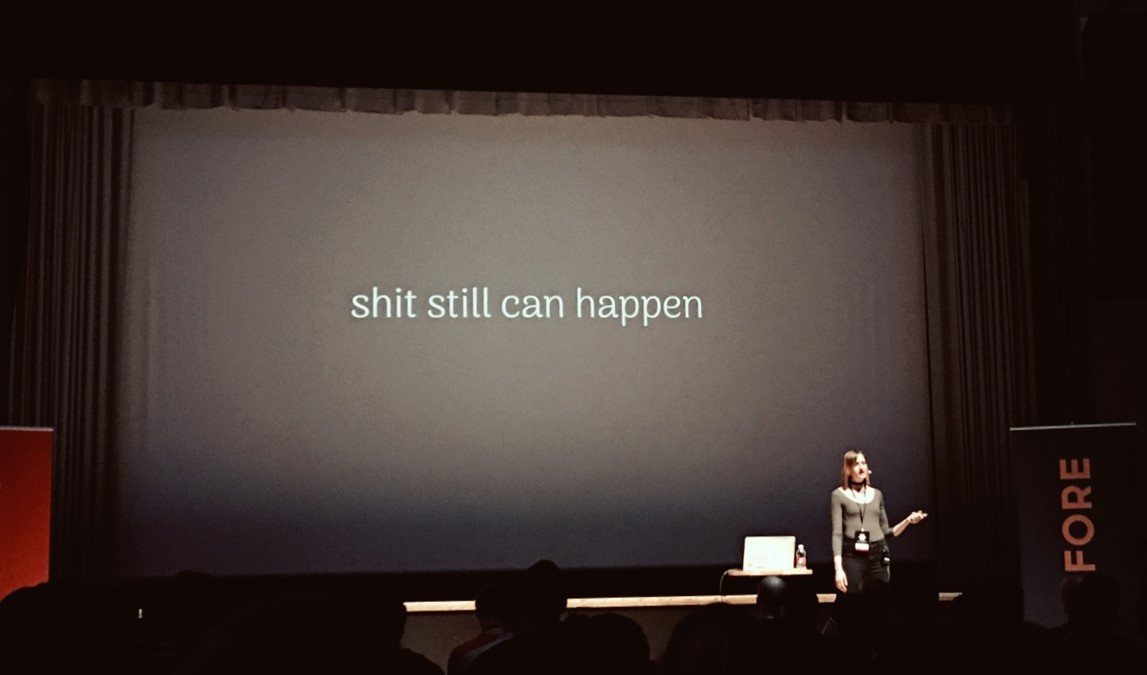 The presentation I looked for to see the most was another developer from Formidable, Ken Wheeler. The JavaScript Kanye and whatnot. His twitter presence is strong and he builds a lot of cool stuff. I’m personally greatly inspired by React Music. Ken emphasized what a great developed experience is. (That’s what the DX stands for, apparently.)

Mr Wheeler is also strongly advocating for Reason, which is another thing I eagerly waited for at the conference since there would be couple of talks about it too.

I didn’t even know ReasonML is created by the same guy that build React, Jordan Walke. And I do follow him on Twitter. Reason is statically typed language based on OCaml, with type inference. Typing (if you can call it that; I don’t mean typewriting…) is also the hottest shit nowadays. After a decade of coding with Java, I must admit I was happy to move on to JavaScript. It was free coding, I could be like a pig in the field as we say in Finland. Free to shoot myself in the foot IF I DAMN WELL PLEASED.

With Angular I’ve been using typescript now, and it is helpful.

Two great talks about Reason. Still, I’m thinking about the words from my ex-colleague. Let him be anonymous but I’ll let you know his hard-earned nickname ‘Lighthouse of negativity’. That maybe Reason belongs to a group of languages that ‘You can not get a job with in Finland’ (talking about elm or Erlang at that time I think). And I must admit I am a bit skeptical like I always have been about languages that compile to javascript. I never understood why anybody would bother to use coffeeScript (of course I hate indenting based syntax, like Silicon Valley Richard -style hate, so there was that.) With Reason, you do use semicolons. Like a civilized person. And it has pipe operator, this darling little thing ‘|>’ (proposal for JS is here)! And of course Jordan Walke. I mean, Jordan. Walke. That dude knows his stuff. He is also lit!

“If I do mobile development, I’ll do it with React Native”

React Native is also something I’ve always been interested in. Few tutorials here and there. Keeping a track of it. Like the talks at this conference. But mobile app coding just has not been something I would be inspired enough to do (as a side project, since my real world work is only web development). And with PWA (progressive web apps) on the rise it may never be so in the future. But never say never.

Except for VR. I don’t think I’ll ever be into it. I would barf just about a minute after wearing some VR goggles. But anyway, there is a React library also for that. A good point came out at the ending panel discussion, AR is more likely to become a very big thing. I agree with that. I know, what do I know…

All the great kudos to organizers of React Finland. The venue was awesome, and the speaker list was fantastic. I hope to see this become a regular thing. As long as React is still a hot enough thing you know. At least this member of the audience thinks that it will be for a while now.